“E vissero tutti felici i contenti” (And they all lived happily ever after) di Donatella Gratton, describing the aftermath of “Cinderella”, where real life turns out to be not quite as wonderful as promised in the fairy tale.

But first things first! It was a great evening in the wonderful Hangar Teatri in Trieste, that nearly filled up to the very last seat in this first Drama Slam since 2019, which also took place here. We had to make a selection of eight texts out of the many that were sent in from all over Italy. Six authors were physically present and two, one from Modena, and one from Calabria were present via Videocall!

After a short introduction of Jimi Lend which he did in German, Slovenian and broken Italian he introced his beautiful and talented cohost Shamanna, a highheeled priestess and truth teller, guiding the audience through this dramatical event in perfect Italian hand in hand with Jimi. Then the introduction of the four actors:
Marina Calcagno, Monica Cericco, Rafik Kaldas and Franco Naglein representing
the great diversity and talent from the international theatre hotspot Trieste.

The first text of the evening was “Briganti” (Bandits) an exciting stoy about the bandid Salvatore Giuliano by Barbara Sinicco. Followed by “L’Ospite Sbagliato” (The wrong guest) by Livio Cerneca the tale of an old love suddenly reappearing again. Third came “E vissero tutti felici i contenti” by Donatella Gratton which should later be the winner. The 4th starter was “Ragionare con i Piedi” (Reasoning with your feet) by Lucia Zacchagina a play that is written out of the perspective of two pairs of shoes. For number five we had to turn the videocall on and connected with Calabria to Antonio Fortuna for the introduction of the play “C’era una volta un poeta, un bevitore e due Lise” (Once upon a time there was poet, a drinker and two Lisas) a postdramatic piece about the specialities of modern theatre. “Mons” (Mountain) by Enrico Colussi was the 6th play and brought us town the path of history with tales about Hitler during the 1st world war. In “Vicini” (Neighbors) by Isabella Herlinger we saw a modern fairy tale about the what could be a good and lovely neighborhood and finally again introduced via videocall from Modena we met Luca D’Arrigo with “Nothing APPens”, as the title says a little farce about the digital revolution of a non-app. What a great and exciting set of very different stories we saw! In theatre everything is possible and in Drama Slam we experience the birth of new plays directly from the source in the head of the authors through the actresses and actors bringing them to life on stage.

After the performance of all eight plays there were big eruptive cheers for the four actors, and as if this wasn’t already over the top the audience now turned into the protagonist of the evening, as one by one stepped up to the stage for our sophisticated voting process, were everyone who is eligible to vote has 3, 2 and 1 point to distribute to it’s favourite texts!

With the result that we already announced in the beginning and which you can see in detail here on the original whiteboard. 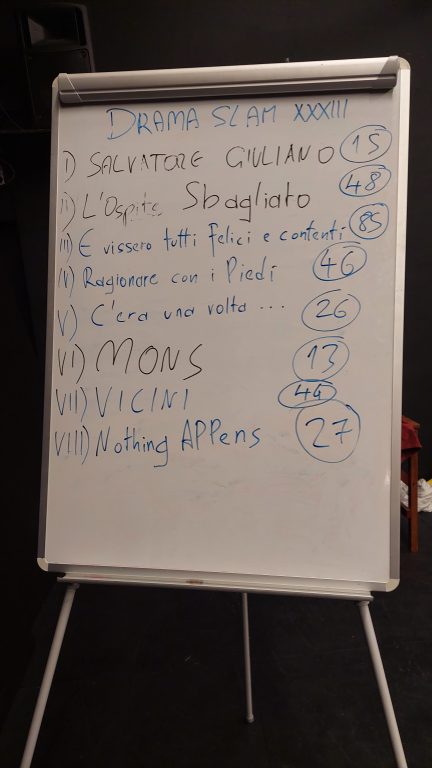 Big thanks to everybody who made this wonderful evening a great theatrical happening!
Grazie a tutti who sent texts also those who sadly didn’t make it to the finals this time. Thanks to Ilaria, Marta, Elena and the whole team from Hangar Teatri, Teatro degli Sterpi and The Office! Thanks to Marco Palazzoni for running the music and the videocallconnections! Thanks to Tomas Zanella for the empathic lights! Big Props and Thanks to the great set of actors and actresses mentioned up above and to our absolutly stunning co-host Shamana aka Sergio Pancaldi. DRaMa SLaM and Jimi Lend are and will be very happy to be back again! 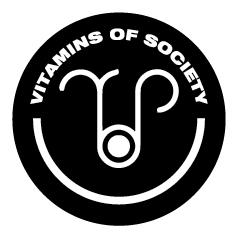 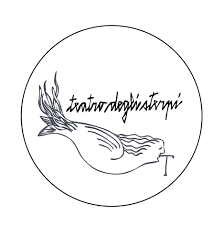